“I think most of us in the aviation industry have been looking for ways to play a part in the battle against climate change,” said Priscilla Howden, general manager of Million Air Burbank. “So, when we were given the opportunity to provide SAF to our customers, we jumped on it.”

SAF is the most effective way to reduce a flight’s carbon footprint. To quantify its benefit, each truckload (approx. 8,000 gal.) of SAF provides a 22-metric ton reduction in carbon emissions over its lifecycle, which is the equivalent of making five passenger vehicles zero emissions for one year.

Neste MY SAF is made from sustainably sourced, renewable waste and residue materials like used cooking oil. It is a fully approved drop-in fuel that, once blended with petroleum jet fuel, meets ASTM D-1655 specification for conventional jet fuel and performance standards under all operating conditions. This makes SAF an optimum solution to directly reduce greenhouse gas emissions from aircraft, requiring no new investments, modifications/changes to the aircraft, fuel distribution procedures, or airport fuel storage tanks. 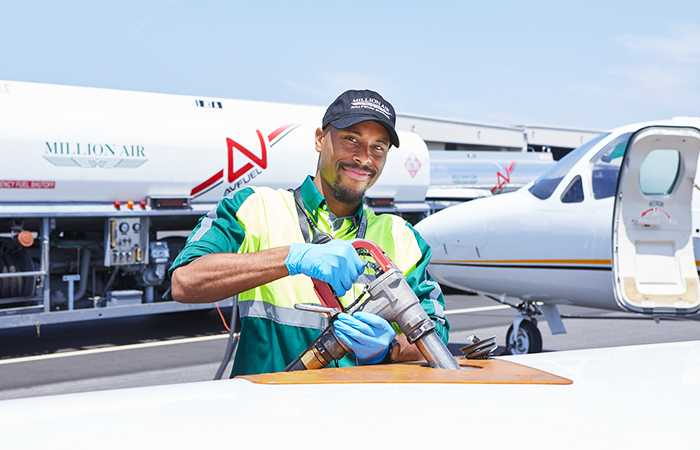